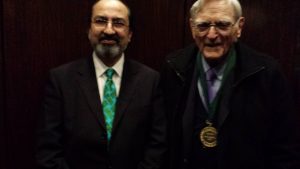 Prof. John Goodenough is the inventor of the lithium ion battery and received the 2019 Nobel Prize in Chemistry. Occasion is the US National Academy of Inventors (NAI) Induction Ceremony where both Professors received a 2016 NAI Fellow Medal. Boston, USA, April 6, 2017. 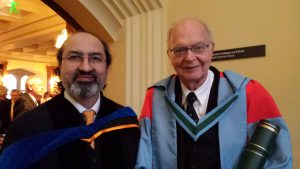 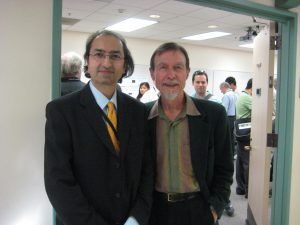 Dr. Carver Mead (PhD. 1960 Caltech) is Emeritus Professor of Electrical Engineering (EE) at Caltech. He is known as the father of VLSI microelectronics, having received the 2002 US National Medal of Technology and Innovation from President George W. Bush. This award is the nation’s highest honor for technological achievement. Occasion is 100 Year Celebrations of the Caltech EE Department. Nov.6, 2010, Pasadena, California. 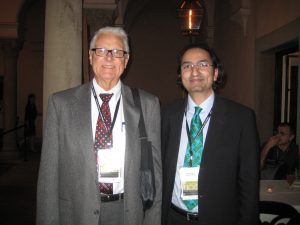 Dr. William (Bill) Bridges is Emeritus Professor of Electrical Engineering (EE) at Caltech having taught Riza at Caltech the subject of guided wave circuits. He is known as the inventor of the Noble Gas (e.g., Argon) Ion Laser, having being inducted to the US National Academy of Sciences and the US National Academy of Engineering and receiving the 1988 Arthur L. Schawlow Medal from the Laser Institute of America for his pioneering gas laser invention in 1964. Occasion is 100 Year Celebrations of the Caltech EE Department. Nov.5, 2010, Pasadena, California. 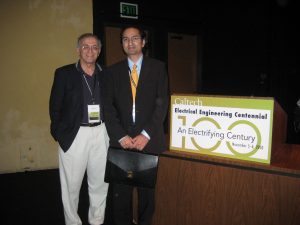 Dr. Elachi (PhD 1971 Caltech) is former Director of the NASA Jet Propulsion Laboratory managed by Caltech. He is Emeritus Professor of Electrical Engineering (EE) & Planetary Science at Caltech, having taught Nabeel Riza at Caltech the subject of “physics of remote sensing” & also served on Riza’s PhD committee. Dr. Elachi directed JPL during 24 space missions over a 16 year period that included Mars missions. He led the Space Shuttle Imaging Radar (SIR) design work and in 1989 was inducted to the US National Academy of Engineering and has received the 1999 NASA Distinguished Service Medal and 2002 Wernher Von Braun Award . Occasion is 100 Year Celebrations of the Caltech EE Department. Nov.6, 2010, Pasadena, California. 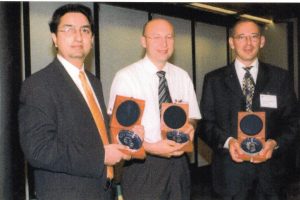 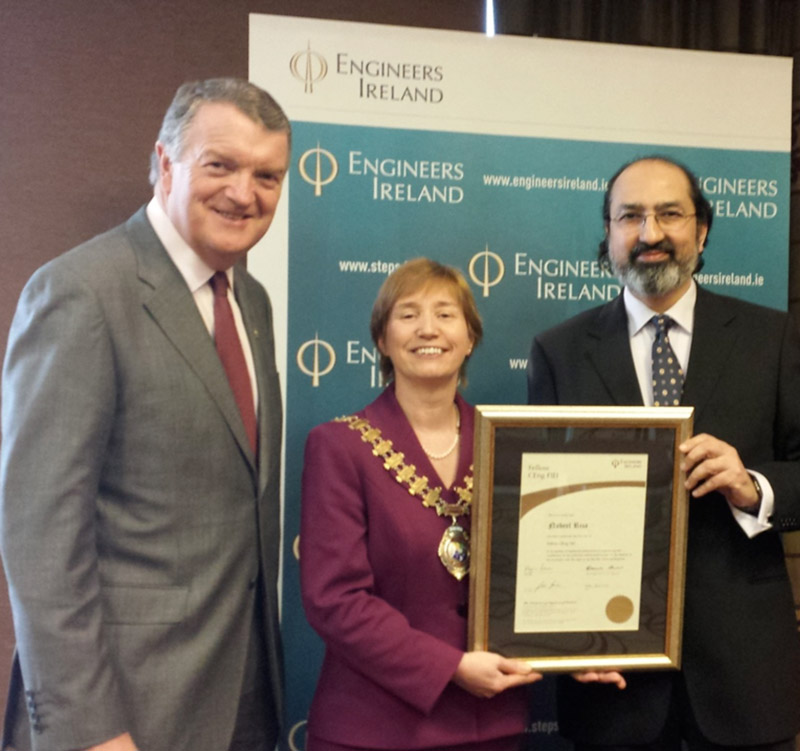 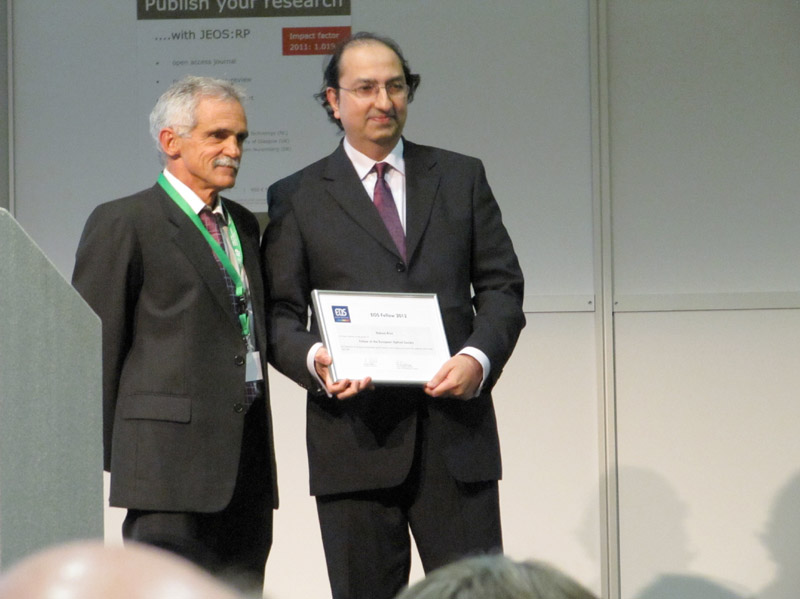 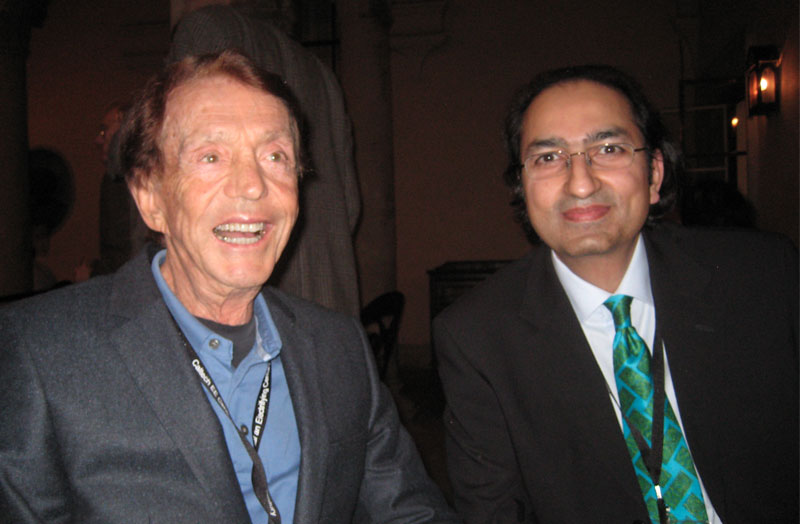 Harold Rosen (1926-2017), MS EE 1948 Caltech, PhD EE 1951 Caltech, is known as the father of the geostationary communications satellite, a technology he and his team invented and developed in the early 1960’s at Hughes Company. He received a 1985 US National Medal of Technology and was a 2003 US Inventors Hall of Fame inductee.  Photo: Caltech, Pasadena, Nov.6, 2010. 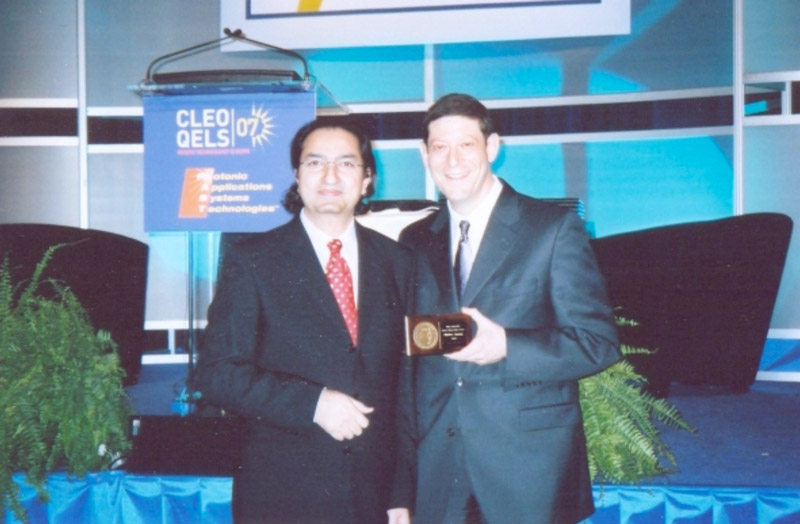 Alan Willner is Professor in the Electrical Engineering Department at University of Southern California. Prof. Riza receiving a 2007 IEEE Fellow Award from Prof. Willner, the IEEE LEOS President. Baltimore, May 2007. 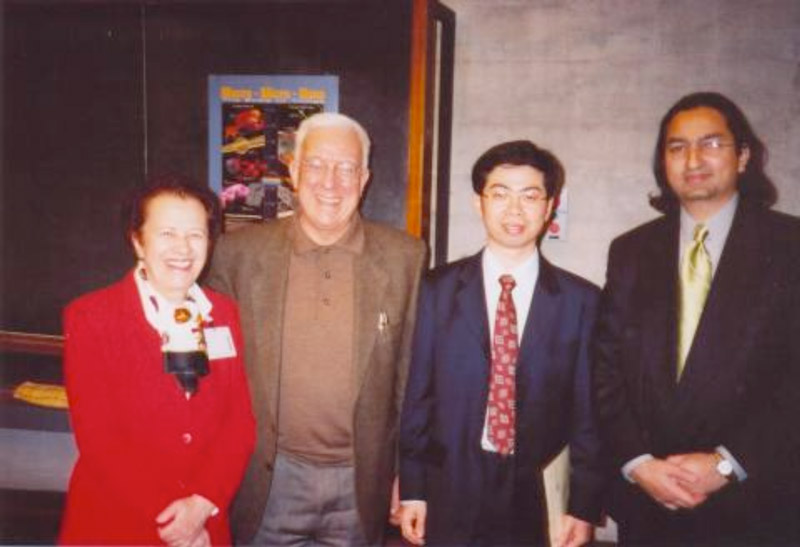 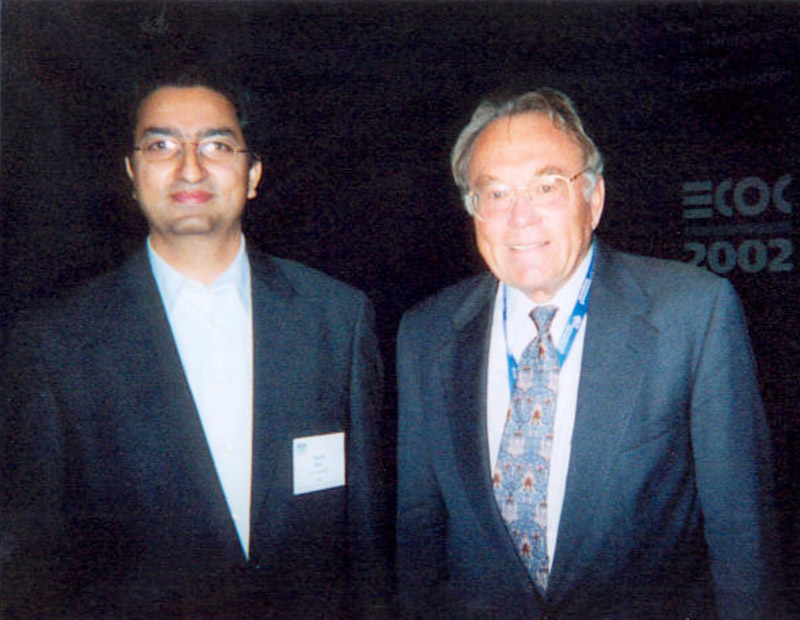 Hermann Haus, Institute Professor at the Massachussets Institute of Technology (MIT). He was awarded the 1995 US National Medal of Science by President Clinton. Copenhagen, Denmark, September 2002. 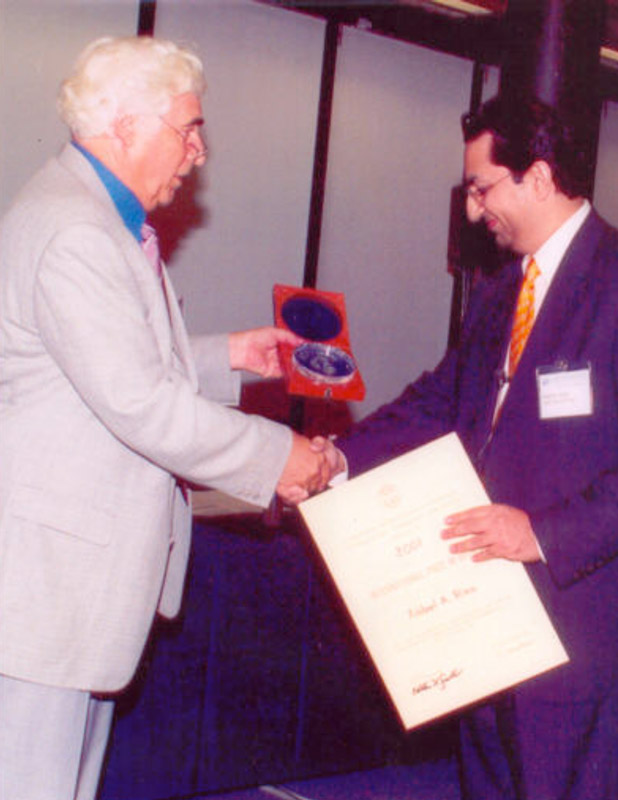 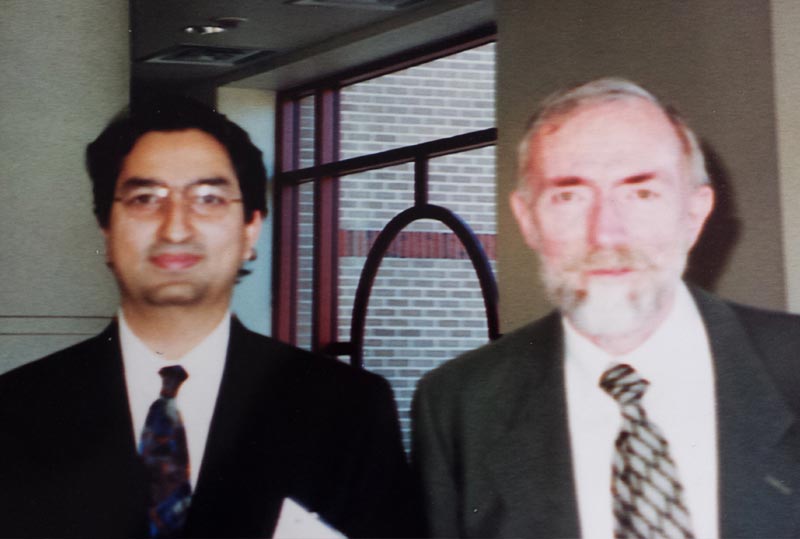 Kip Thorne is the Feynman Emeritus Professor of Theoretical Physics at Caltech. He co-founded the LIGO project that in September 2015 led to the first detection of gravitational waves. Professor Thorne shared the 2017 Nobel Prize in Physics. Photo: Jan 11, 1999, Orlando, Florida. 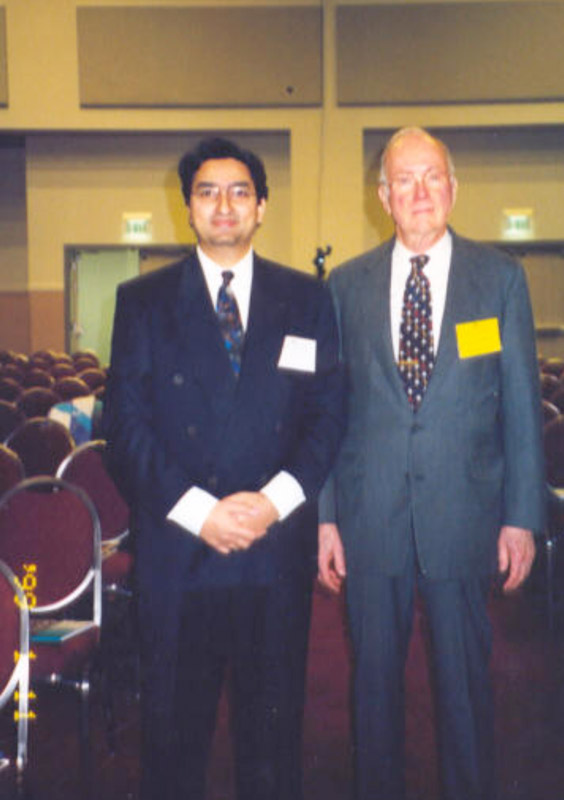 Charles H. Townes received his Ph. D. from Caltech and is a Professor of Physics at the University of California, Berkeley. Dr. Townes received the 1964 Nobel Prize in Physics for the co-invention of the laser. Orlando, Florida, January 11, 1999. 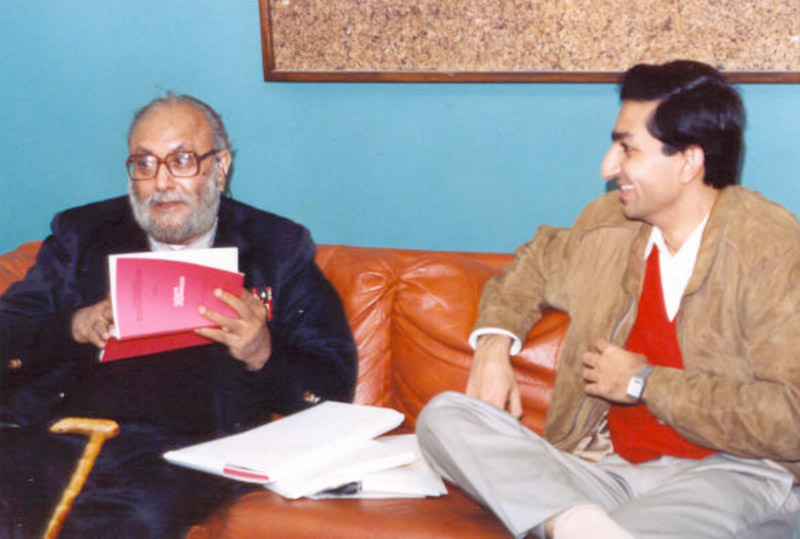 Prof Abdus Salam is the first Pakistani-origin Nobel laureate. He was the 1979 Nobel Prize co-winner in Physics. Caltech, Pasadena, 1989 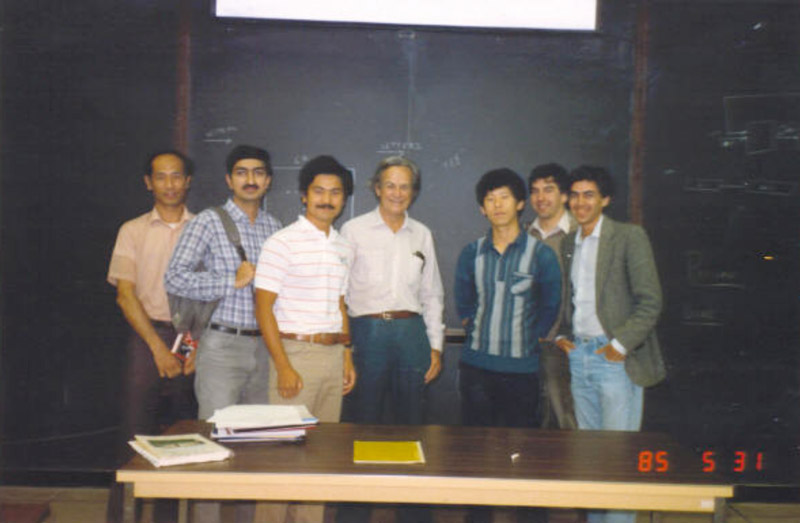